America – Moving in the Wrong Direction 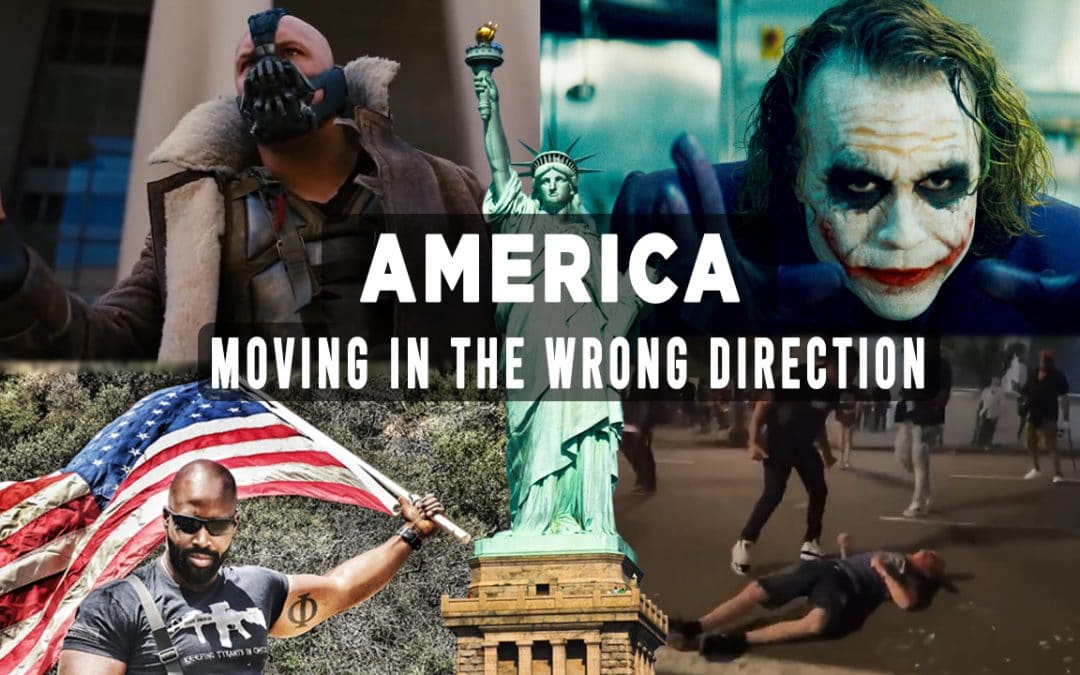 “When the chips are down, these ‘civilized people’ will eat each other”
– Joker from Batman

Guys, I want to talk about the riots that broke out in Oregon, you guys have been seeing it all around. The video clip shows that a mob stops a car, and attacks the driver. First of all, I want to say that if you’re ever singled out like that, your car is your best weapon. Use your car to get away, the mob mentality could be brutal and overpowering. This man surrenders to this mob yet they continue to drill down on him. If you draw an analogy of this episode with the animal kingdom, you’ll conclude that even animals have more honor than such people. Animals also have territorial fights, but when an animal surrenders to its opponent, the fight ends.

This whole incident happened due to racial issues. I firmly believe that such types of cowardly actions must be condemned and I’m deeply saddened to admit that our country has gotten to this point. People are murdered, raped, and forced into slavery to this day, but where is the outrage? Forget about the whole black VS white narrative, do you know that children are being pushed into slavery? And there is absolutely no outrage. Why? Because this movement does not want to highlight such issues, that talk about child trafficking, or black people killing each other.

All I want to say is that real Americans need to stand up and make sure that there’s accountability, there are prosecution and criminals are being punished. We simply cannot allow such things in our country. We need to connect with each other, help each other. I just want to talk about the state of our country, and let everyone know that not all Black people are angry. The real game is not about Black, Whites, or Asian, it’s about rich people and poor people. The longer the ones at the top, keep us bickering on inconsequential issues, the longer it will take for us to get over the past pain, and look at a brighter future for ourselves. Love your brother no matter what color he is.

Protector by Nature and by Trade
– Byron