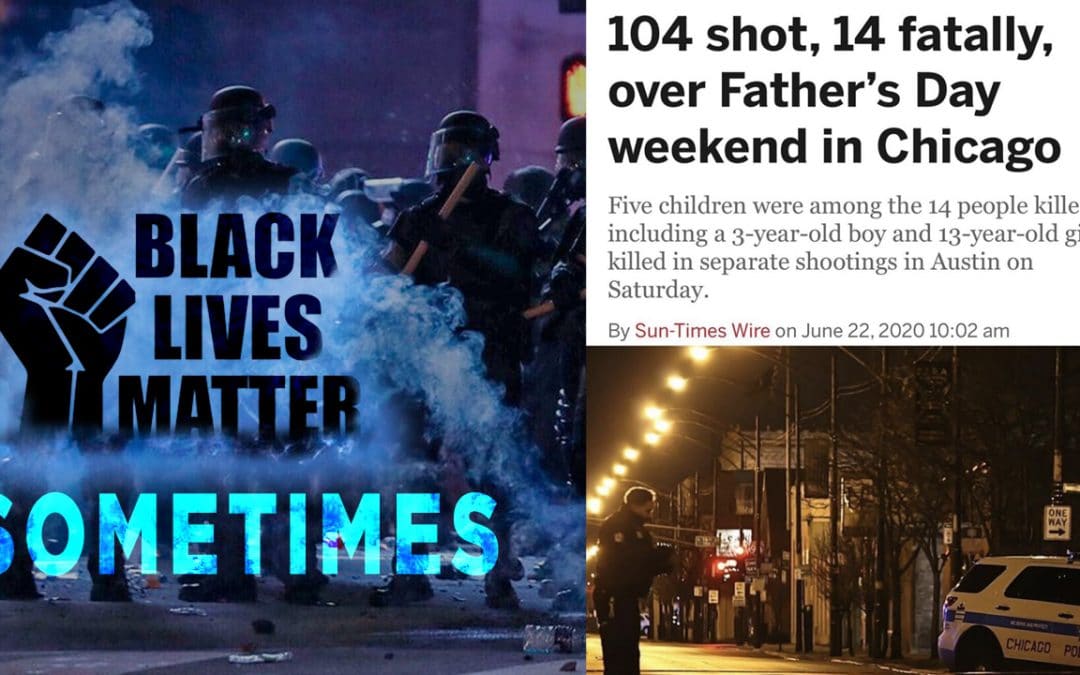 I’m black, I’m going to be black my entire life and I have been black as far as I can remember. The thing that gets me about all this social justice warriorship, Is simply that is so shallow, skin-deep, and disingenuous.

If black lives really mattered, they would matter all the time… But as it is in America at least, black lives only matter when it gets a few very powerful people more power in the form of votes.

This is what I mean, over Father’s Day there were 100+ Deaths that took place in the hood of Chicago, 14 more African-Americans killed in Austin that same week. Of the five children including a three-year-old boy and a 13-year-old girl… but you didn’t hear about it, there were no riots in the streets, no one‘s going to their funeral, there are no celebrities making videos about the injustice they’ve experienced or about ways to help them or others like them live better lives… No one will ever know their names and it’s simply because it doesn’t get votes.

It’s simply because people can’t leverage them for their own ego-based, disingenuous, virtue-signaling propaganda. America simply doesn’t care and the worst part is… The same thing will happen this weekend and has been happening every weekend for the last decade in our country and no one bats an eye… The most guilty in my opinion are the media outlets who force-feed us these instances of assumed racism. They frame it as racism and then they shut it down everyone’s throat and guilt us all into going along but I’m not that weak or that ignorant.

From now on every time they say “Black Lives Matter” I’m just gonna say… “Sometimes” when the spokespeople for BLM or any of these new popular Black Lives Matter social justice warriors even mention this problem and then maybe I’ll think about having respect for them but until then they’re obviously just political puppets.

This is a numbers game and what’s happening in these days is a much higher quality problem than the tired old race-baiting excuse. The numbers of deaths don’t lie, one thing is actually almost like genocide while the other barely makes it out of double digits.

Protector by Nature and by Trade
– Byron