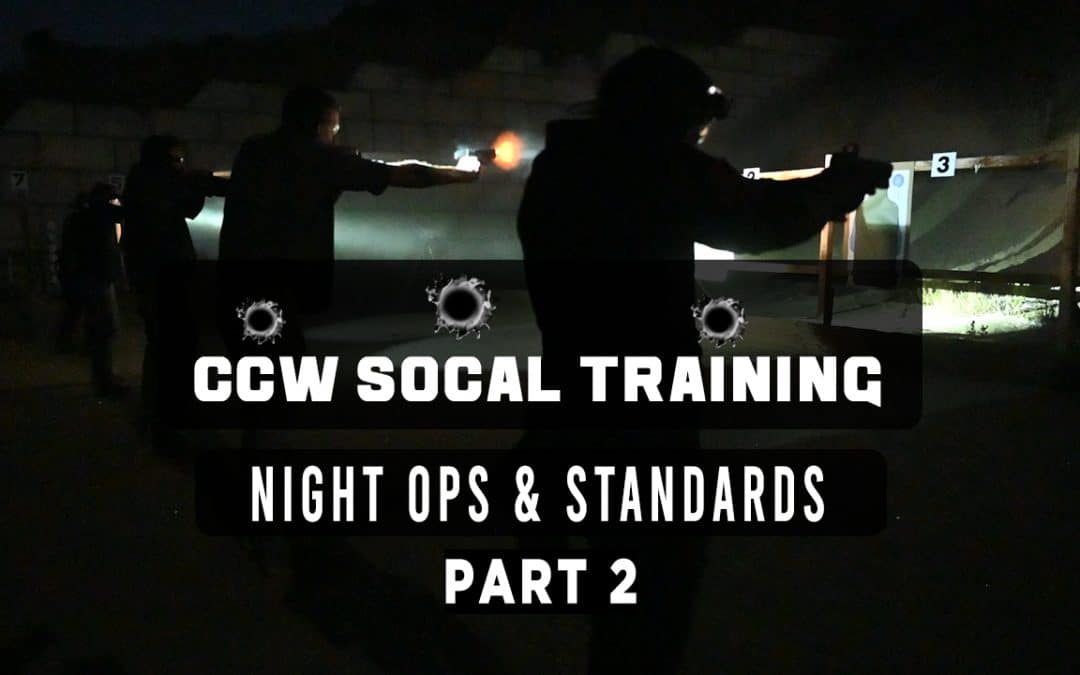 This is one training that everyone who carries a gun should undergo. It was an awesome night shoot felicitated by the CCW Socal group to help us practice shooting in low-light. It lets you test not only your shooting skills, but also your accuracy with respect to using flashlights, speed, and performance. I constantly hear Shooter’s talking about how they’ve got night sights on their gun or they have an optic or they have a weapon light but in my opinion, the truth is simply that until you utilize those components with your weapon system, you can’t expect to really know how they function under stress.

Just because you can see your front sight, does it mean there’s another light on the target for you to confidently in gauge?

Is your red dot so bright that it washes your target out in the window at night?

These are the things that you should understand before leaving the house with a firearm. If you own a shooting gear, you must also know it’s capabilities.

Do you know how to utilize your weapon light so you’re not bleeding and negligently discharging light everywhere putting yourself and those around you in danger?

These are just some of the considerations I wanted to present to you guys. It is important to understand how to shoot, operate, and fight at night as a protector. Tim and his team at CCW SOCAL ran us through a fantastic course of fire that will help us be more effective in the field. Learn to fight at night with your EDC.