NYPD COPS GET DRENCHED ON THE JOB 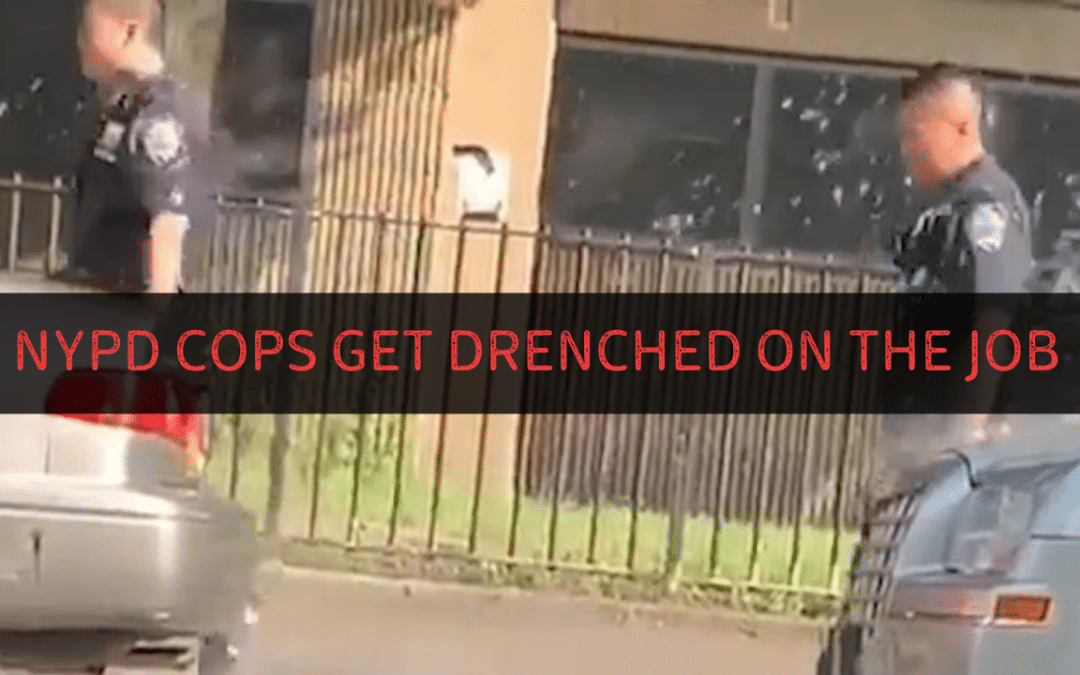 I saw a video over the weekend of some Harlem police officers getting water thrown on them in public… I’m sure there is more to the story and I’m sure each side has something to say and fantastic reasons, validations and excuses for why they’re doing what they are doing. To me what is most important is simply the obvious prejudice of the entire scenario. If in fact those kids were acting maliciously and the police officers were not engaging in a water fight with them for fun, those actions are terribly prejudice. You have two police officers who are probably not being judged on their own merit and are being emasculated, disrespected and treated inhumanely in public. What people from what other culture segment in the world deserve to be pre-judged just because of what they represent and then treated inhumanely? I’m not talking about racism I’m talking about prejudice based on culture, there’s a difference between a culture and race. People are looking at these officers and judging them on the actions of others in their brotherhood. It is simply textbook prejudice him because unless those children knew those officers personally and were either playing or doing what they thought was right based on the character of those individuals wearing those uniforms, those officers were being pre-judged and humiliated in public based on The prejudice of the human beings dumping water on them in front of everyone. I find it disgusting and truly sad if in fact it is as bad as it looks. The reality is simply that the friction between the public and police officers will continue so long as it is first in for most a primary narrative of the media and those who control the social constructs of this country. Secondarily things will continue as long as people on both sides fail to give each other positive experiences with one another moving forward regardless of past transgressions.
People need to decide if they want reparations or if they want a safe, peaceful and prosperous future.
PROTECTOR by nature and by trade
-Byron .
⚫️Check out the podcast!⚫️
EXECUTIVE PROTECTION LIFESTYLE
http://www.executiveprotectionlifestyle.com/podcast/